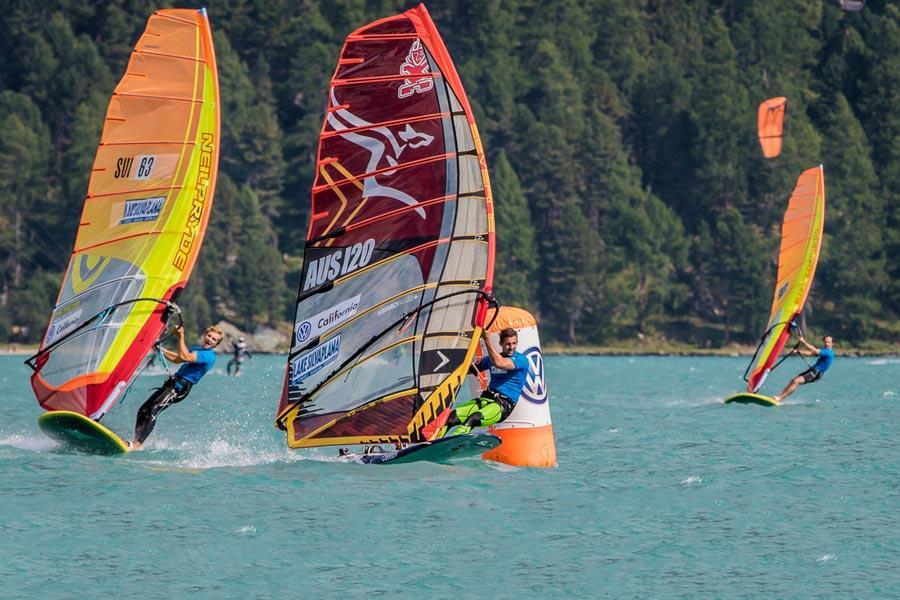 For 38 years, a small alpine lake perched high in the mountains of Switzerland has hosted the Engadin Marathon, a high altitude sailing marathon for windsurfers (and more recently kitesurfers) and one of the oldest continual running windsurfing events in the world. Lake Silvaplana, the marathon’s starting point, is at 1,815m above sea level, with its drainage basin of Piz Corvatsch sitting at 3,451m, comprising of several glaciers, the largest being the Vadret dal Tremoggia. Doing strenuous aerobic activity at high altitudes is quite difficult, but sailing takes it to another level, with mountain weather and winds being quite unpredictable, fast moving and often vicious. I competed at the 38th Engadin Windsurfing Marathon and finished 3rd overall, wearing the thickest wetsuit I could find and 2 beanies on my head to keep from freezing; did I mention it was the middle of Summer?! 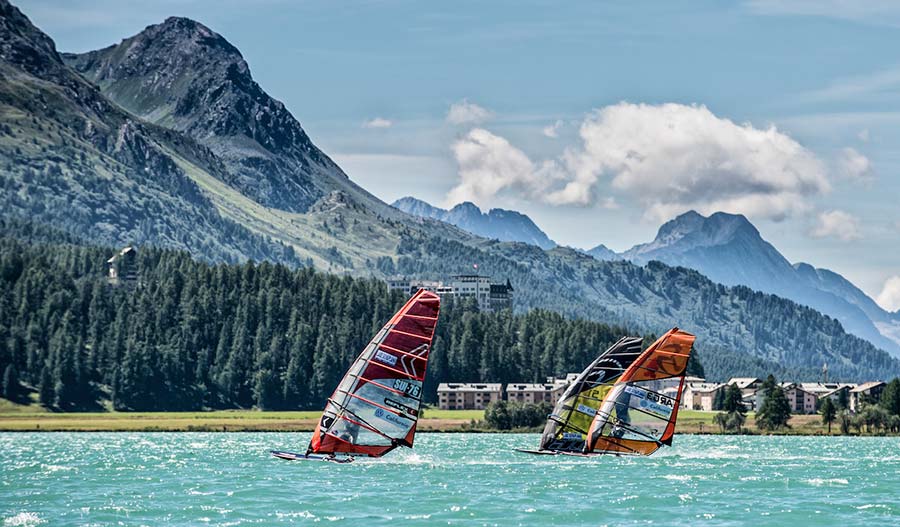 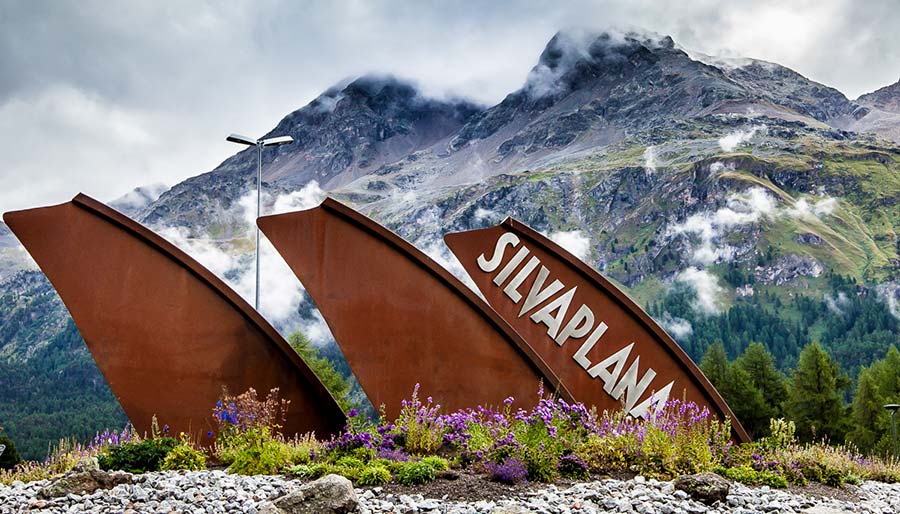 On the north end of Lake Silvaplana is a beautiful campsite. Granted, in Switzerland you pay a premium for the views and its 40 CHF per night to sleep in your car. The campsite is the host location for the marathon, and the 73 or so competitors in this 38th Edition were mostly camping at the site. When the sun is out, the lake water looks surreal and inviting, the +3,000m high snowcapped peaks of the surrounding mountains kiss the lake’s edge, and dark wooded forests surround the small town of Silvaplana. It’s an amazing place to walk around and explore, but when the weather changes the temperatures can drop fast!

What are we doing windsurfing in the mountains you ask? Because, surprisingly, it’s actually quite windy here. Mountain winds are different to winds on the sea; they are typically caused from the sun heating the land between the mountains during the morning and day, while the mountains themselves remain cool. Convection causes the hot air to rise which then causes colder, strong winds to push in underneath the hot air and give you winds. Lakes typically keep the land warmer than without water, so the winds get strong over lakes and Silvaplana has become a European windsurfing mecca for this reason. Unfortunately, the lake is BITTERLY cold. As its glacier fed, the water can be anywhere from 3-15 degrees celsius, so full length wetsuits are mandatory even in summer and gloves and boots are often used. Silvaplana can be warm when the sun is out, but in the rain, miserably cold. This particular event it decided to rain. 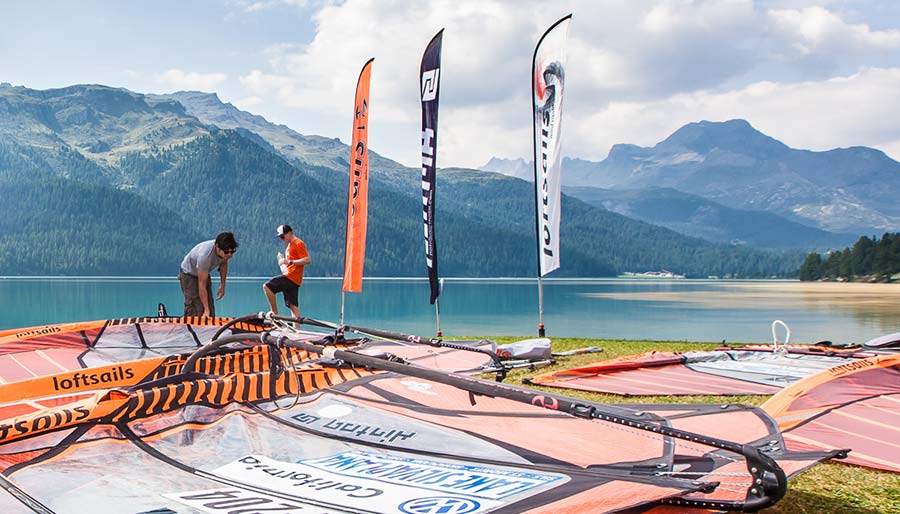 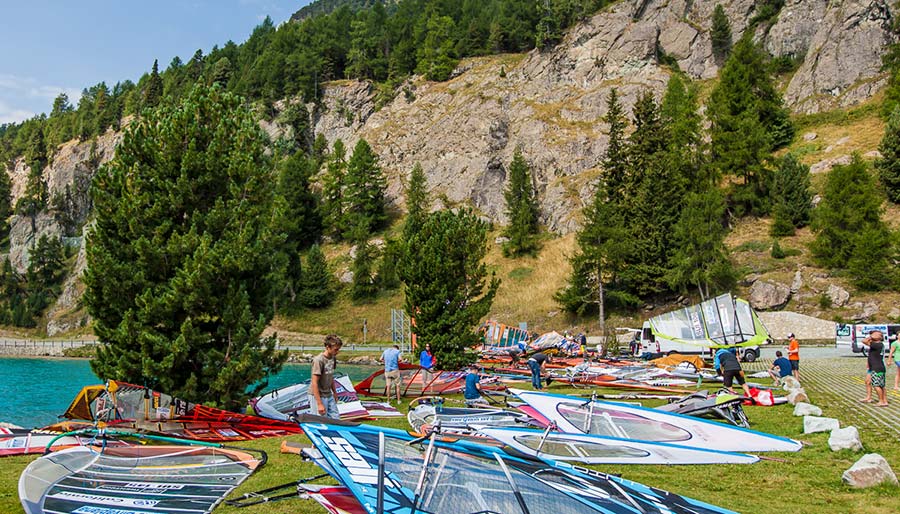 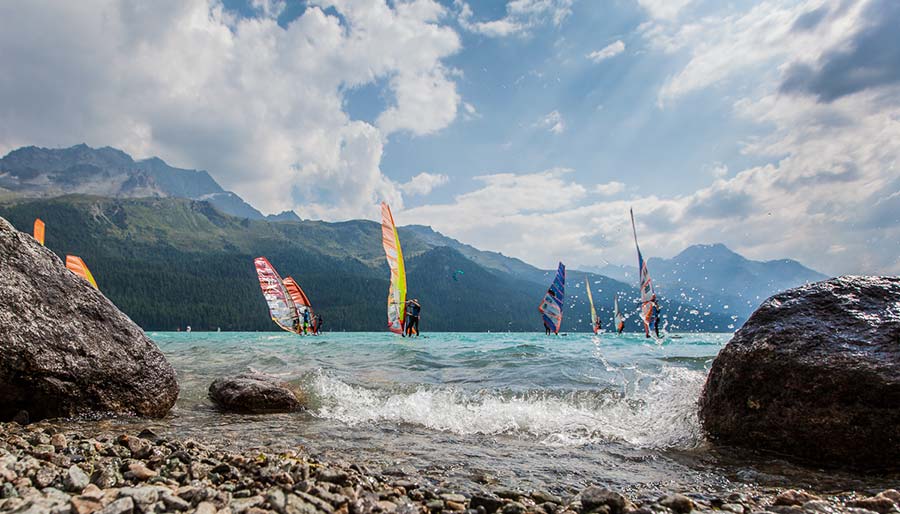 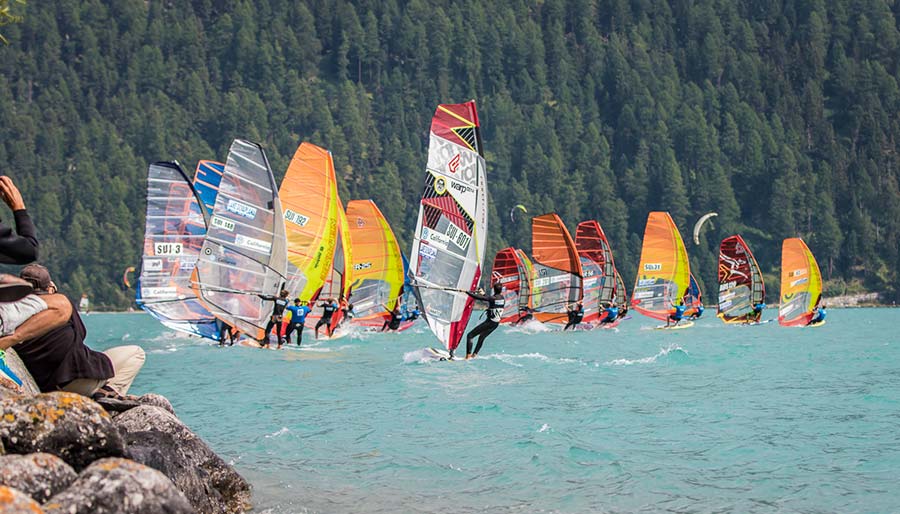 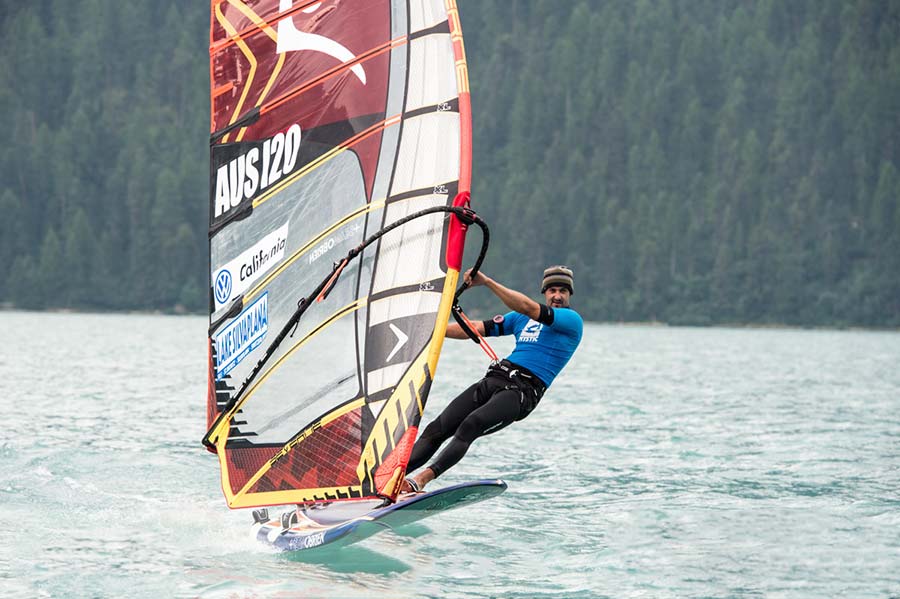 Even in my thickest 5mm wetsuit and wearing 2 beanies on my head I was frozen. The marathon is 42km where we run a zig-zag course of the lake up and down for 5 laps to create the distance. The stronger the wind gets, the colder it gets, and most of the race the air temperature was around 6 degrees celsius. At this altitude, your lungs are working much harder and the fresh water lake is not as buoyant as the salty ocean, so our windsurfing gear feels and operates ‘heavier’ and is a little harder work. It’s a grueling race to be honest, taking around 57 minutes of extremely high intensity pumping, sailing, tactics, and mental battles on the water. The Swiss locals (one who happens to be a 3x Olympian) were hard to catch and they took first and second with myself in 3rd. It’s the 2nd time I’ve competed in this marathon, it having been a part of the Windsurfing World Tour in 2004 when I first made an appearance and finished 16th. It’s an amazing event to travel to and compete at and boasts to be one of the longest running windsurfing events in the world. 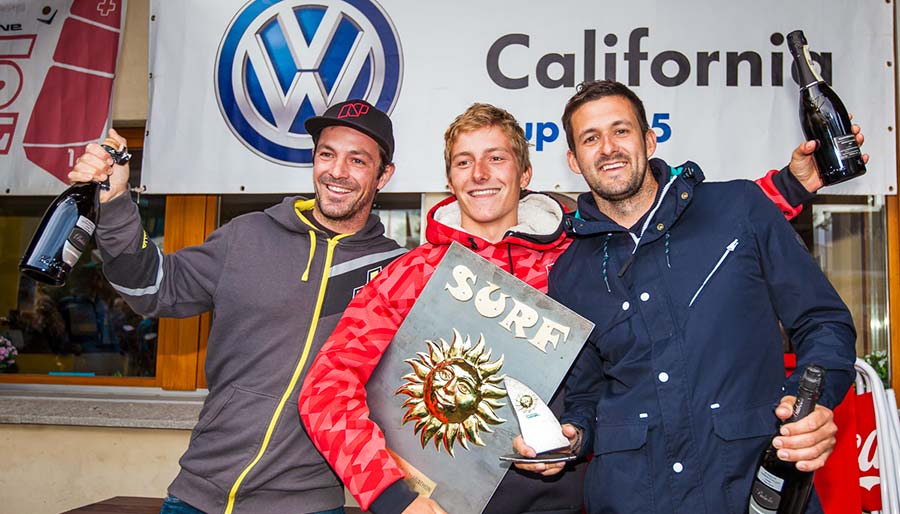 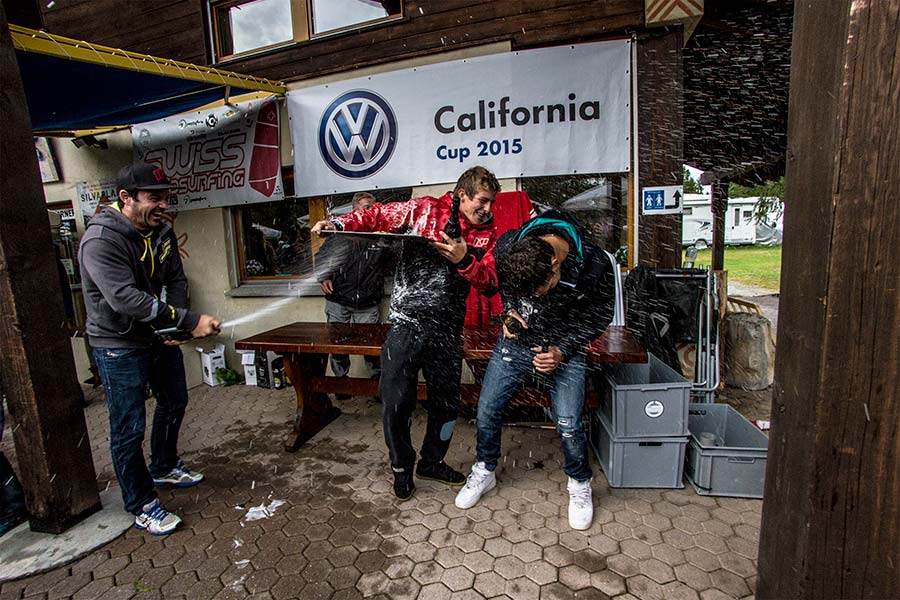 If you love mountains, Silvaplana is definitely a place to explore as its right next door to the famous ski slopes of St Moritz, and has plenty to see and do in both summer and winter. If you’re a windsurfer, I’d suggest you invest in some solid 3mm boots if you want to sail outside of August (the best month for wind) as it can get pretty cold. 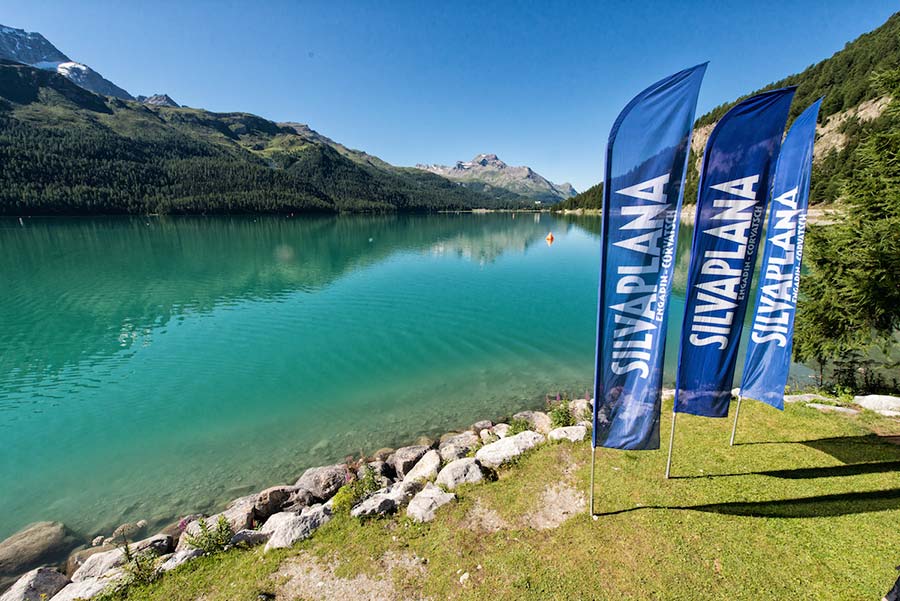 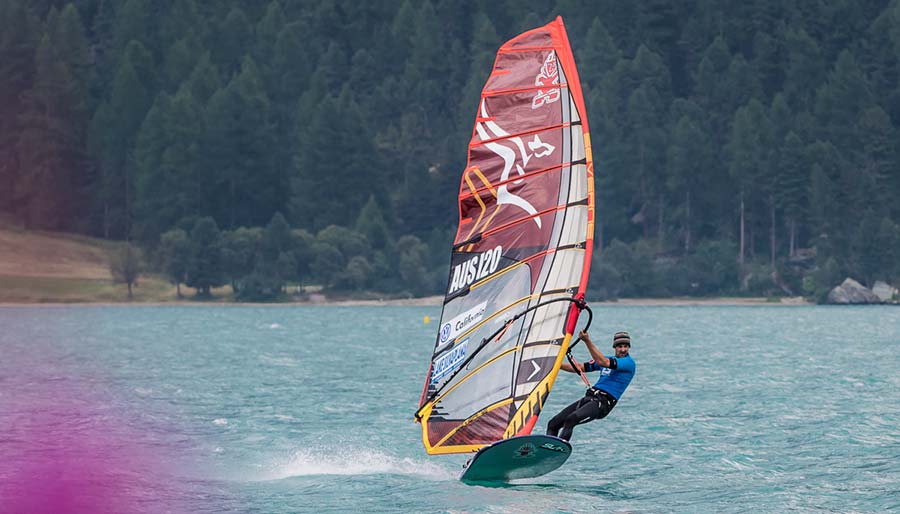 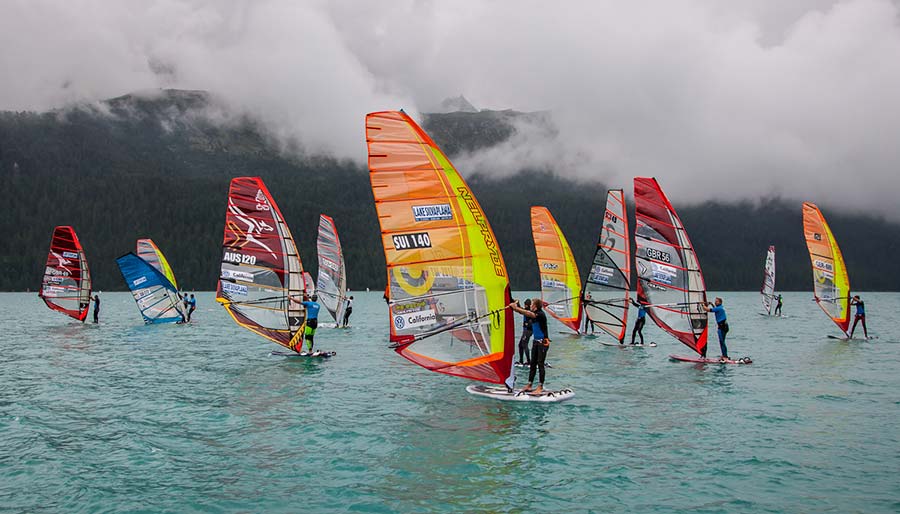 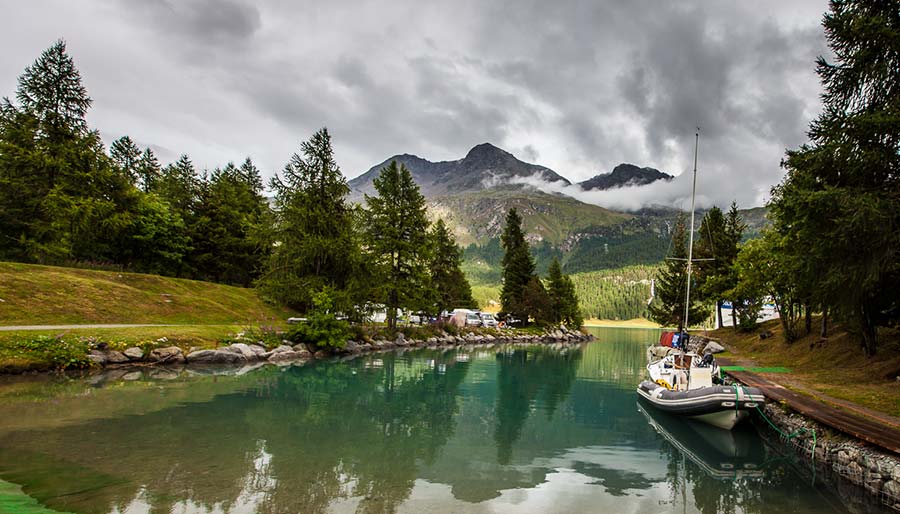 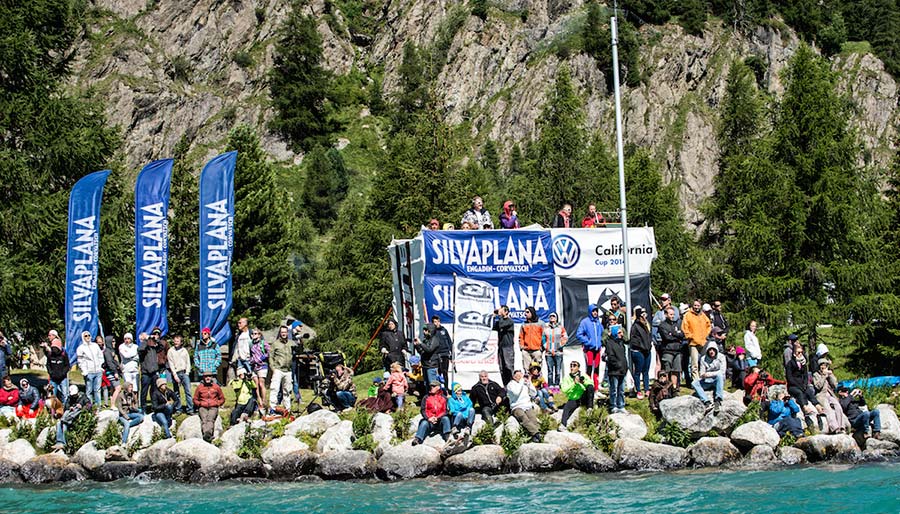 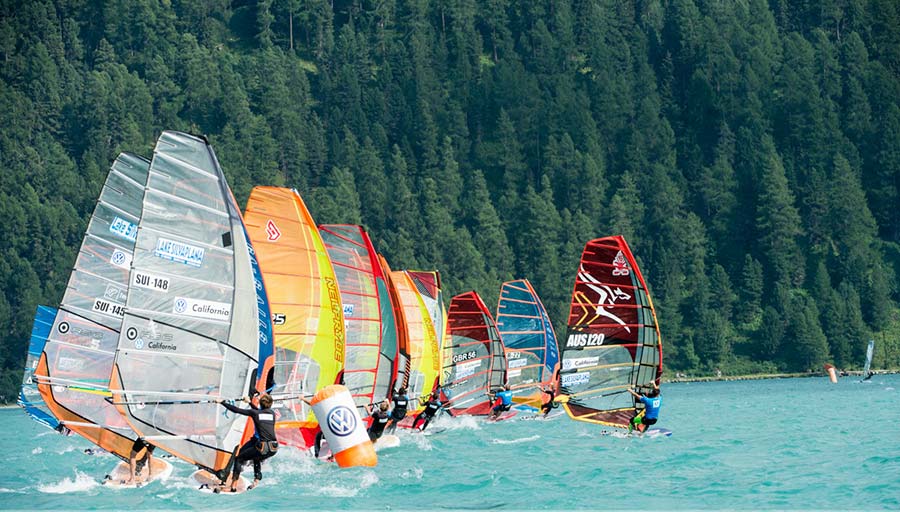 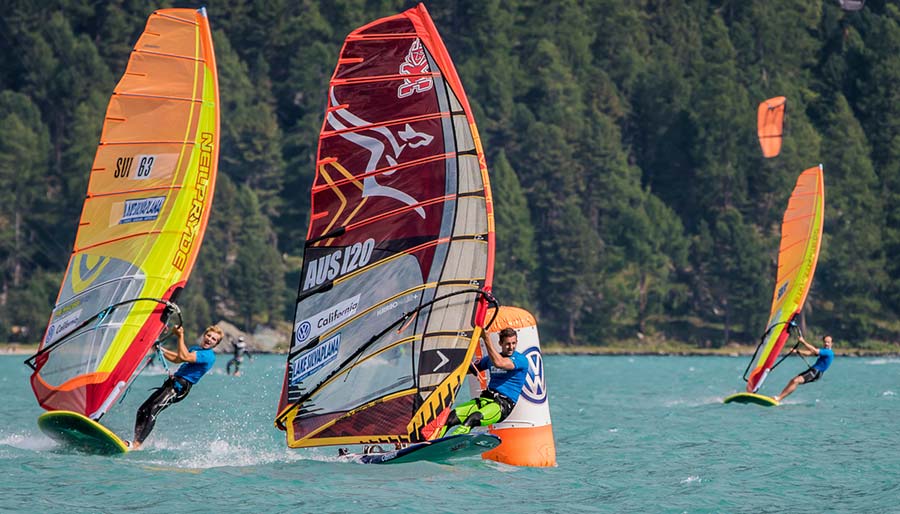 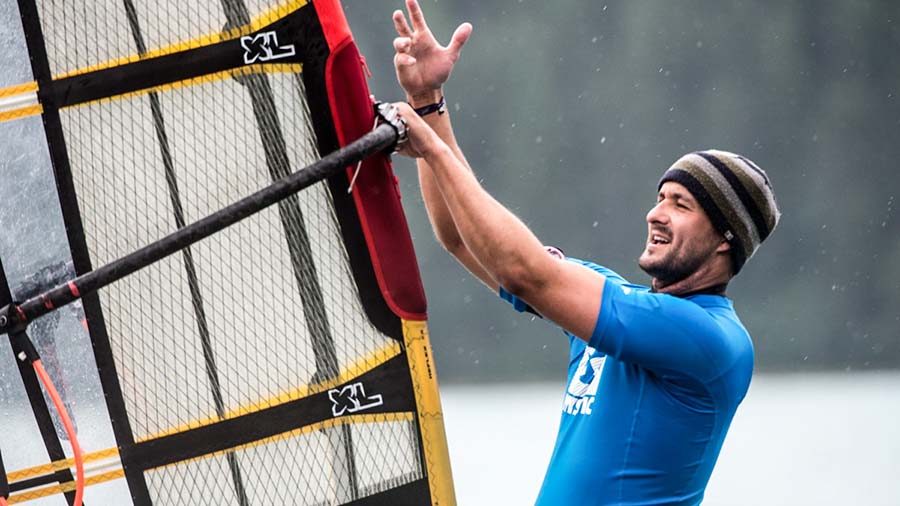 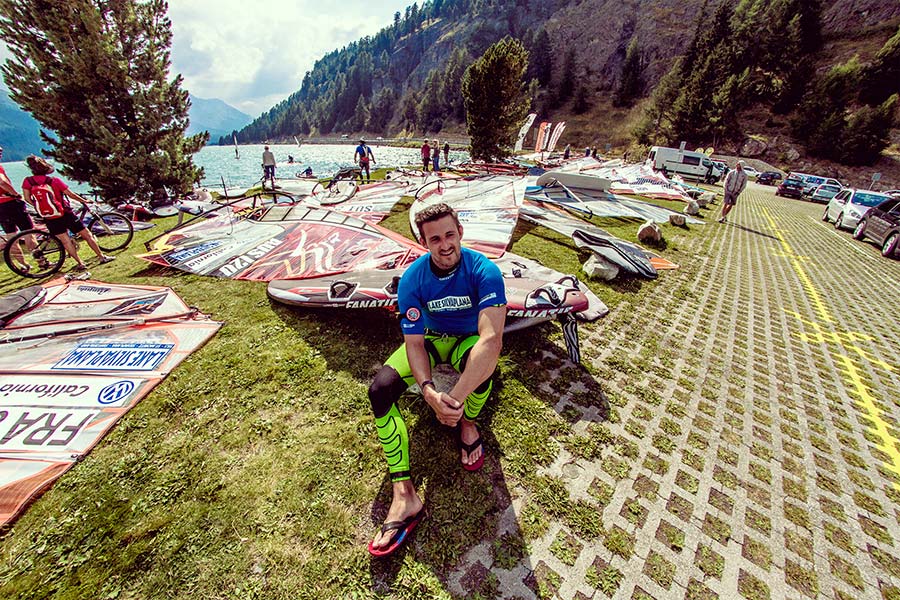 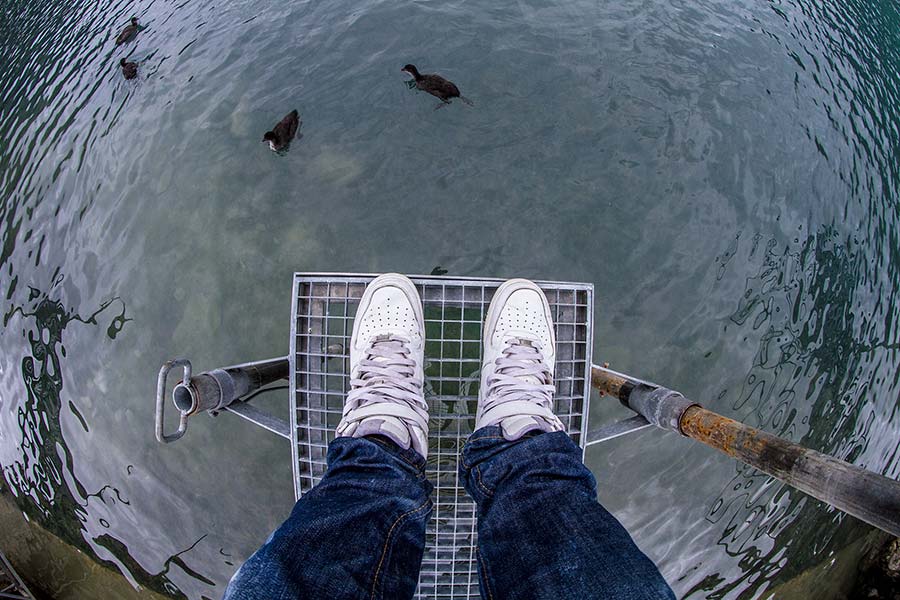 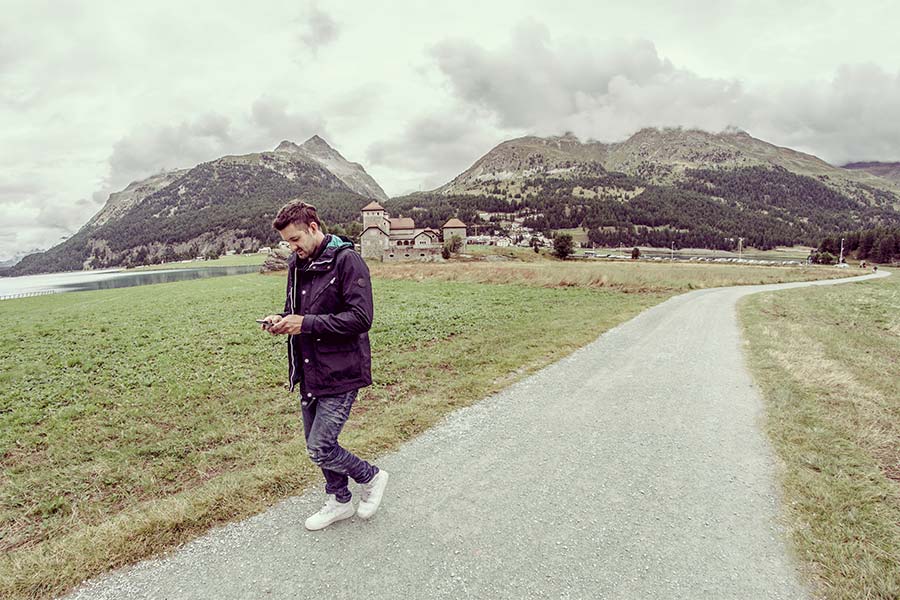 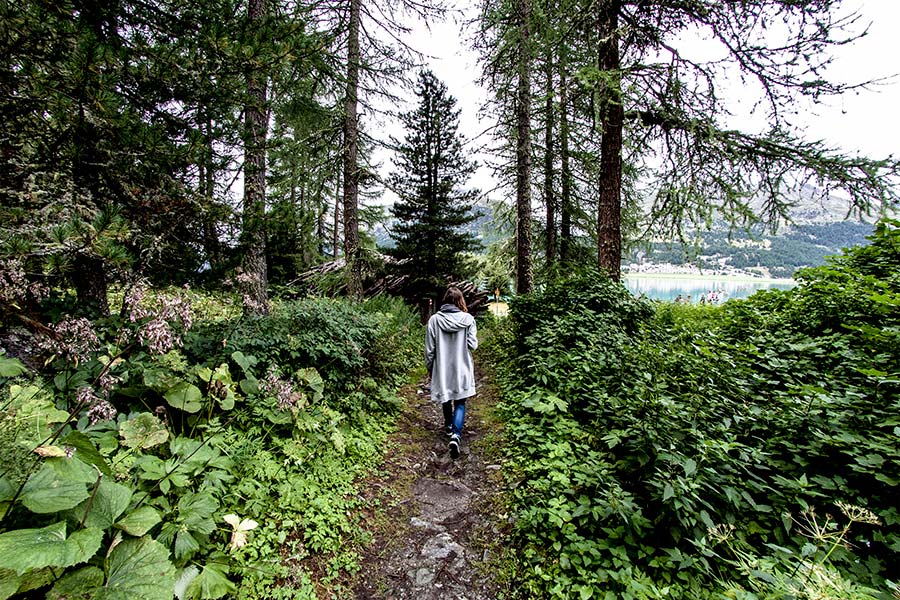 How To Get Your 100kg of Sports Gear on the Plane (and more travel tips!)