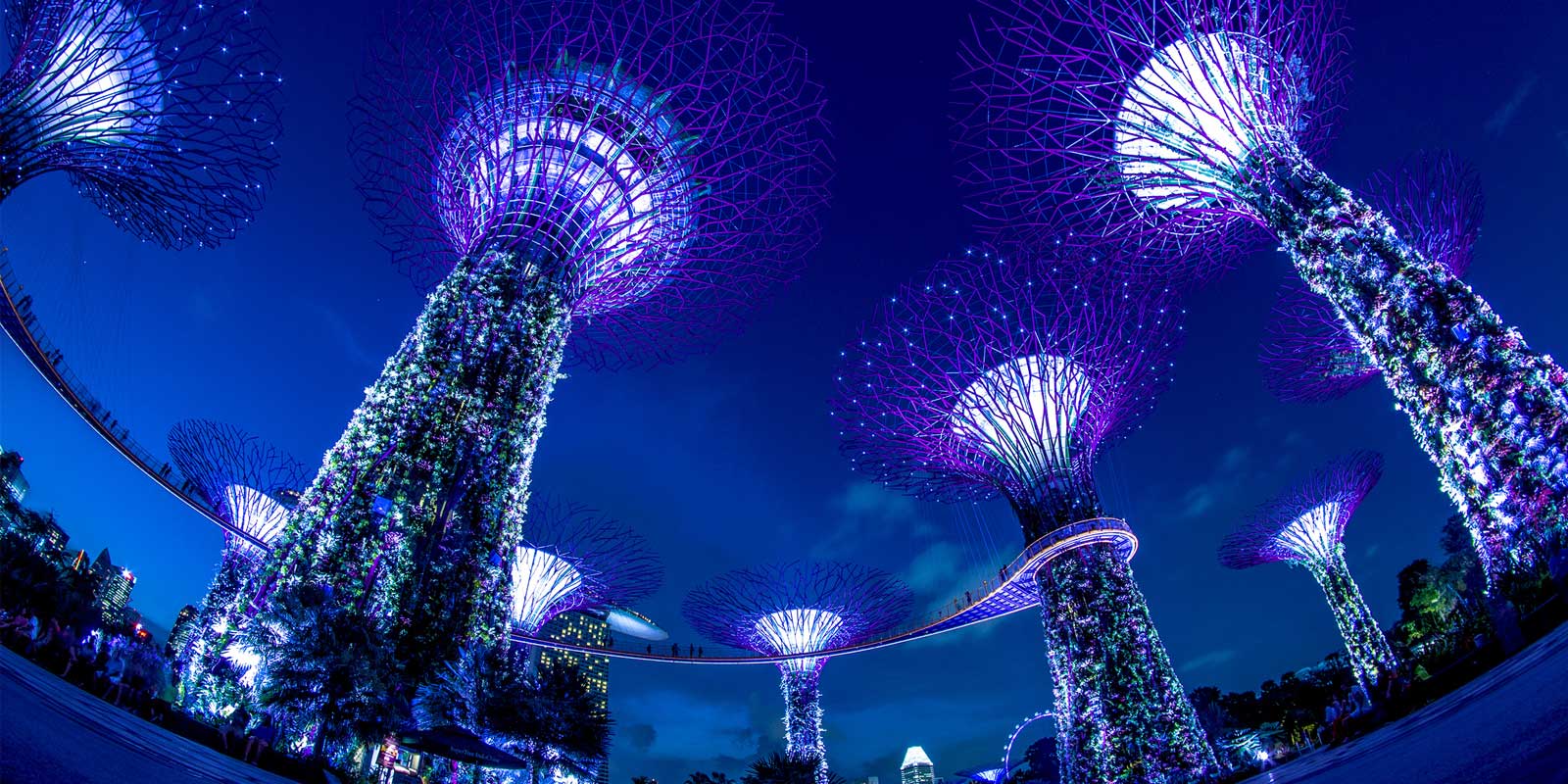 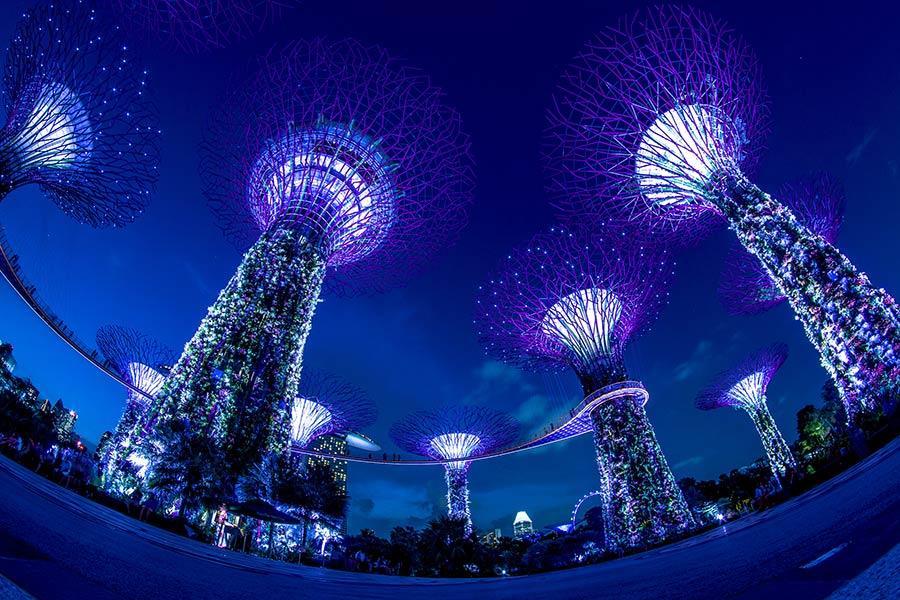 Traveling as a cabin crew teaches you how to condense your trips into 24-hour blocks. Some crew like to spend their layovers sleeping and recovering before their next flight I liked to burn the city to the ground and minimize the sleep to maximize my adventures! With the staff ticket privileges from my airline, Sean was able to tag along for some of my trips and this was the case with my first visit to Singapore.

It’s easiest to start your day in Singapore at the Marina Bay Sands; the world’s most expensive Casino which is a part of an enormous development encompassing the Gardens by the Bay, the Marina Bay Sands Hotel and shopping centre as well as various museums and art galleries. It’s also the only place in the world when you can shop Louis Vuitton on a floating pontoon on Marina Bay, overlooking the iconic Singapore skyline.

If you manage to get here after 8pm you should stop in between the crowds to watch the night light and water show. Even though you can see those in many cities, the Singapore city skyline at night is a breathtaking backdrop for the show. 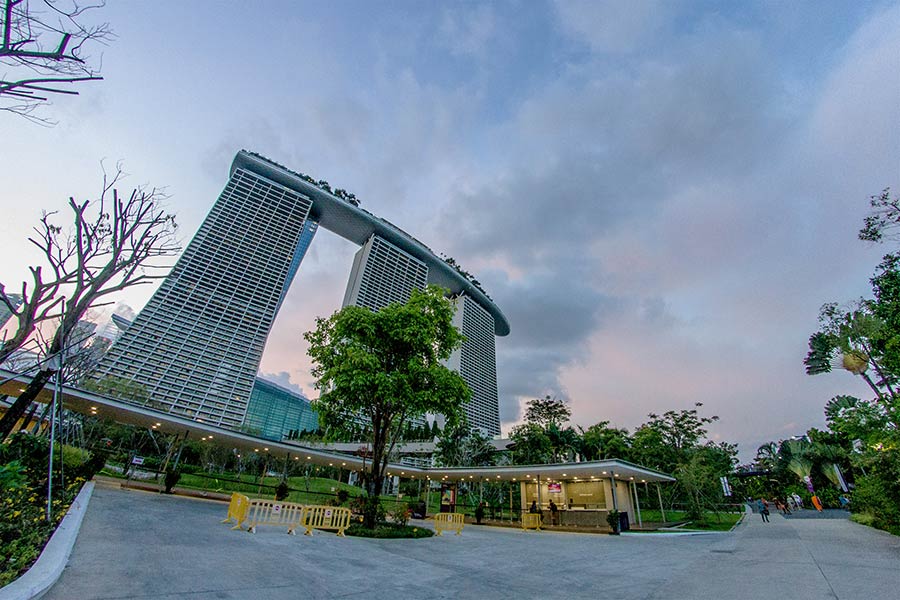 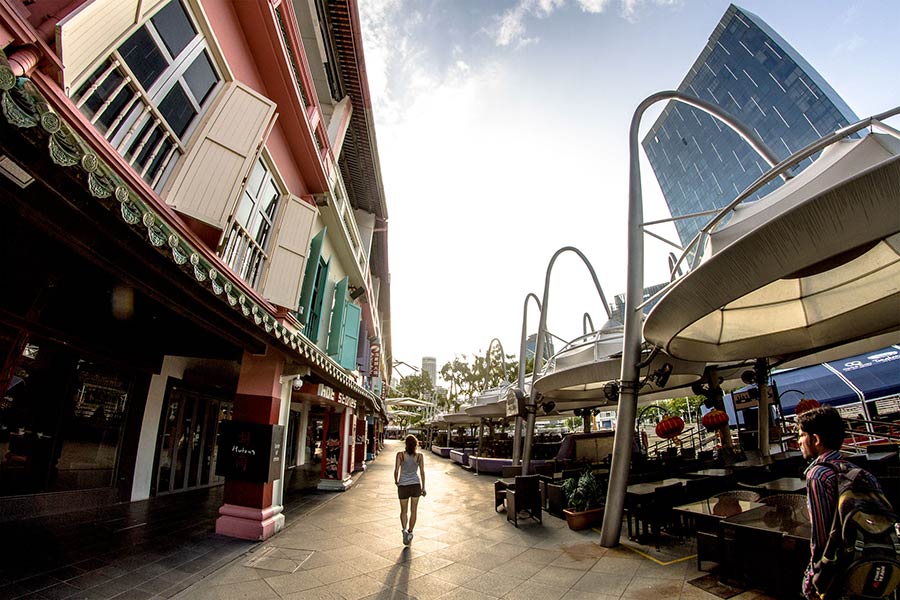 Straight out the back door of the Marina Bay Sands you enter the Gardens by the Bay, Singapore’s urban outdoor recreation space, hosting everything from music festivals to cultural events, as well as being one of the more fascinating botanical garden areas I’ve come across world wide. One of the major attractions is the Supertree Grove; these 50m high artifical towers designed to look like trees but use a variety of technologies to mimic the functions of real trees, such as collecting rainwater for irrigation, photovoltaic cells to harness sun rays to produce energy for the lights and serve as air-intakes for the park’s cooling systems. Between 2 of the trees is the OCBC Skyway, a floating walk way 40m up which right as the sun sets gives you an amazing view of the Singapore city. 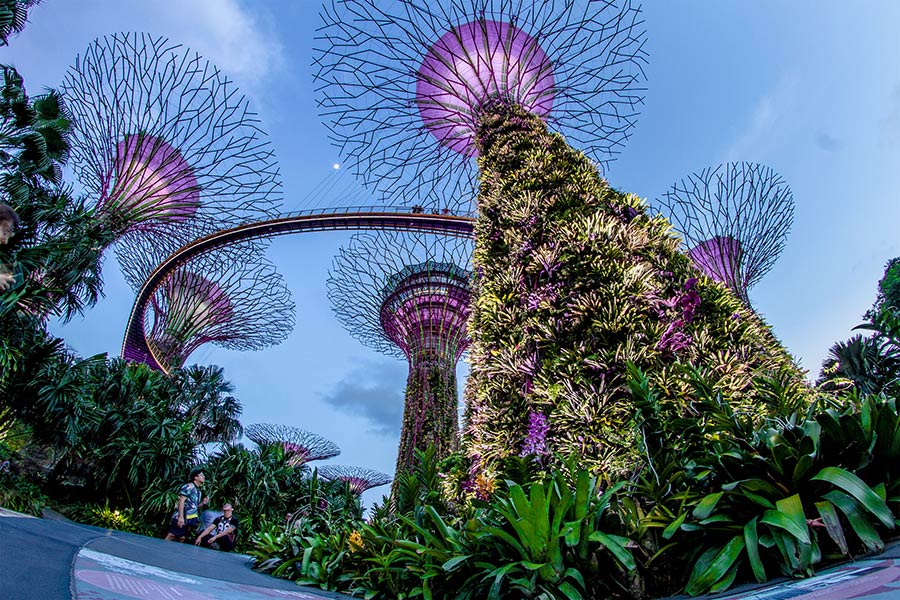 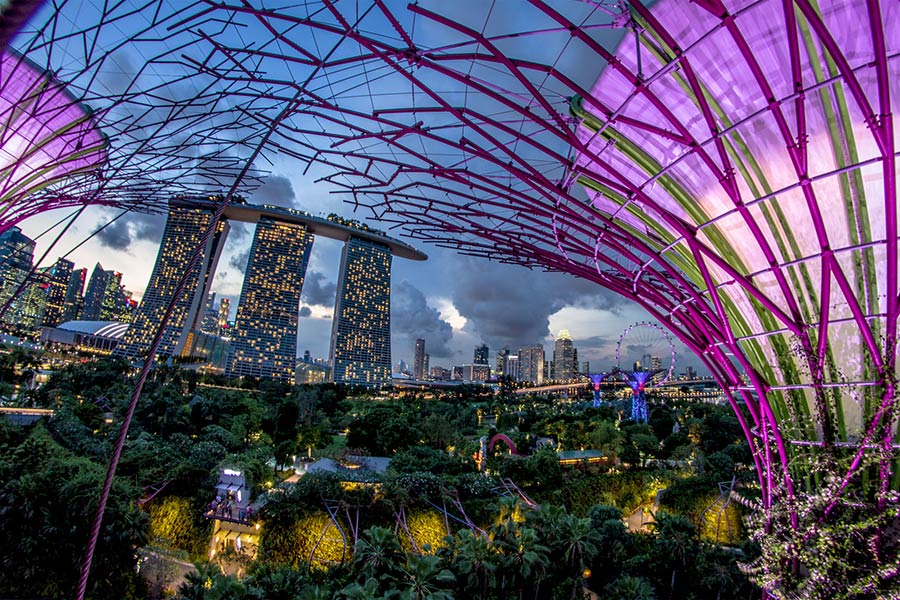 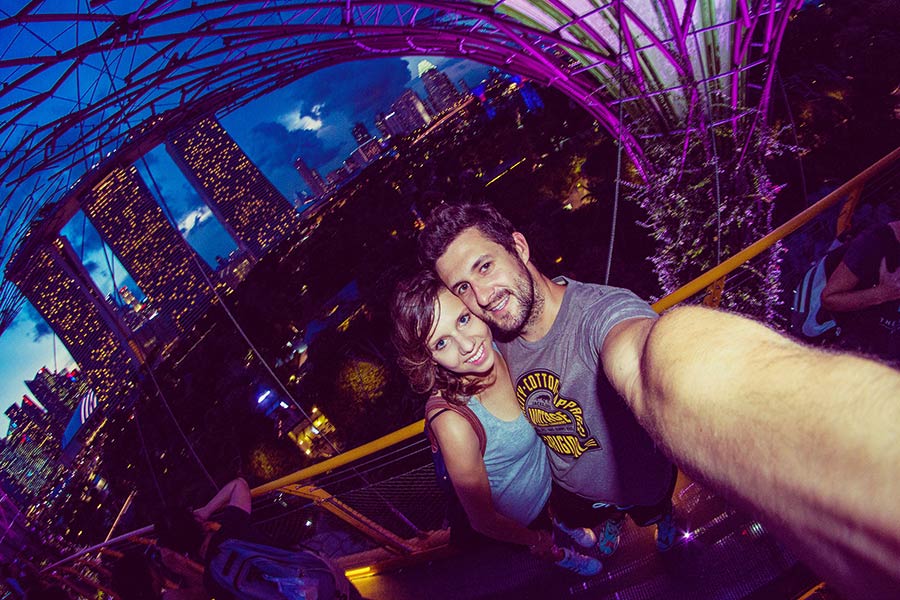 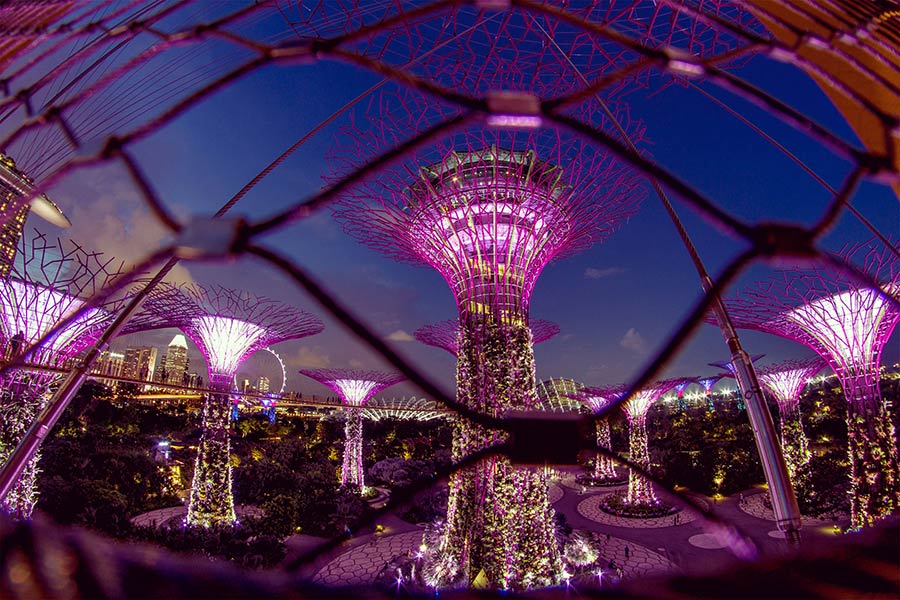 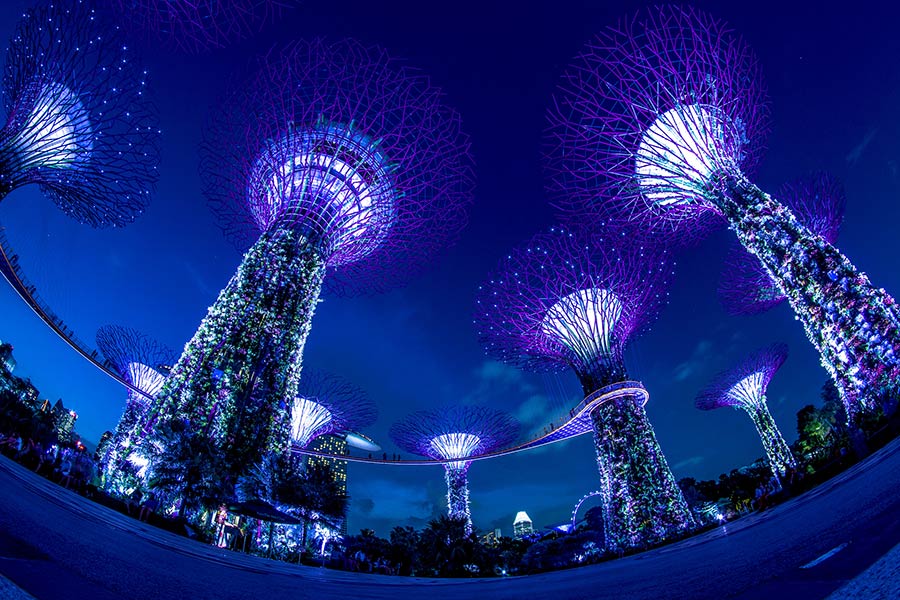 If you are hungry for some Chinese cuisine you should definitely hit any of the Hawker centers around the city. Incredible Chinese food and cheap prices guaranteed (it’s really SUPER cheap for Singapore). We chose the one at the Chinatown Complex Hawker Centre (the biggest Hawker centre in Singapore) to eat and afterwards took a stroll through the Chinatown markets; selling all your favourite Chinese junk. All of it. Two pairs of sunglasses and five magnets later we were off to bed.

On the agenda before the flight back the next morning we had one more stop. It was the Haw Par Villa – the tourist park of the Aw brothers, who were the inventors the world famous Tiger Balm. It’s for sure the most bizarre tourist park you’ve ever been to! The park explains the 10 Courts of Hell according to Chinese mythology in the most brutal and gory way imaginable. Even if you are not into Buddhism or seeing statues of people burning liave on sticks you will still leave the place impressed. 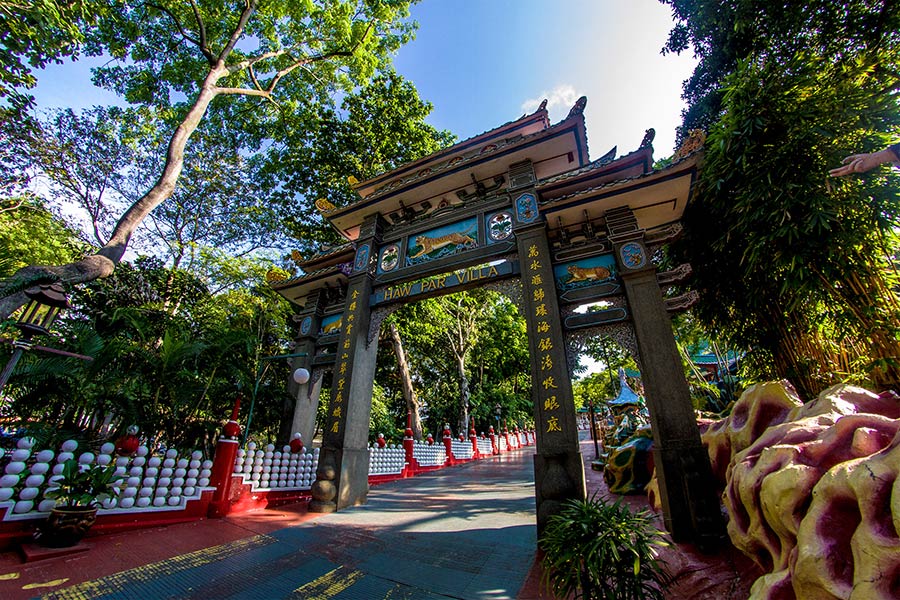 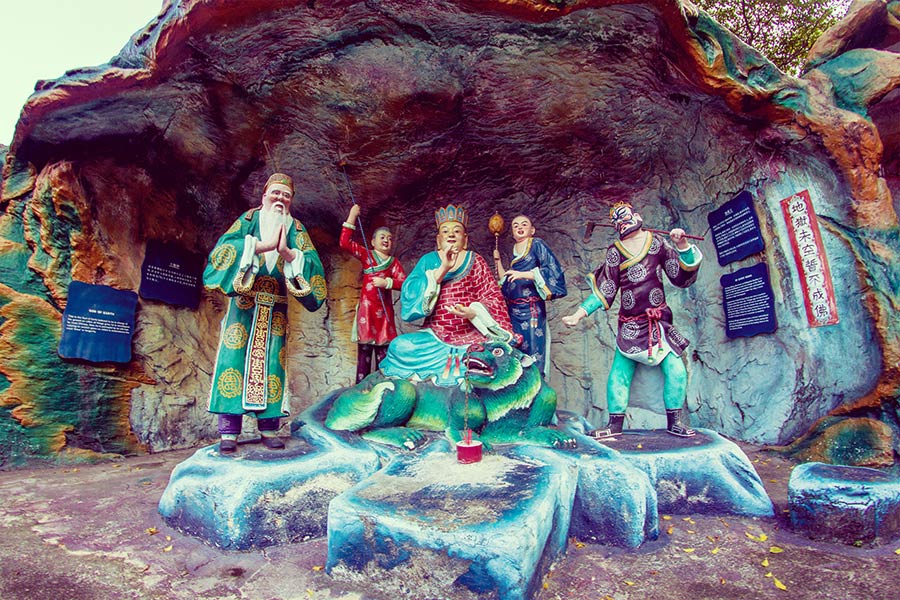 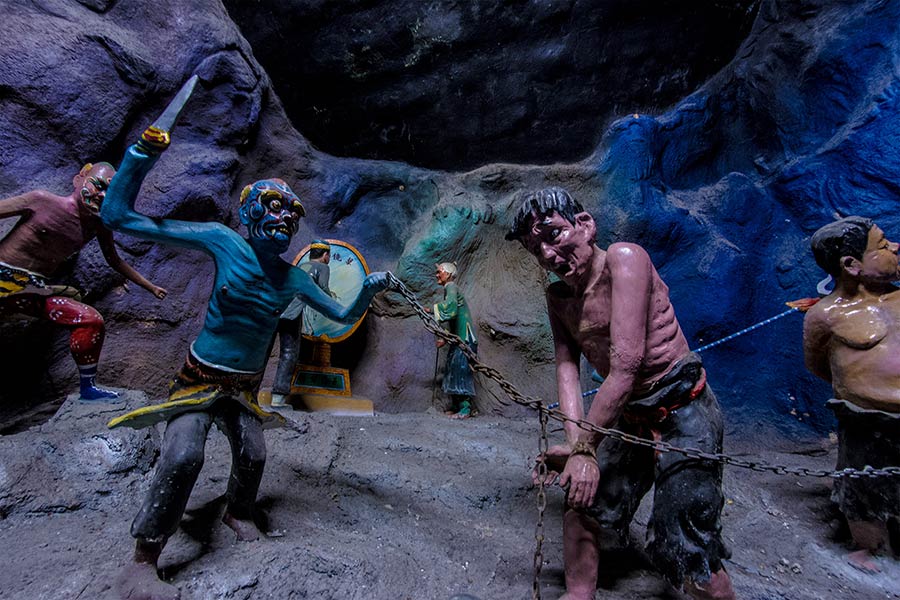 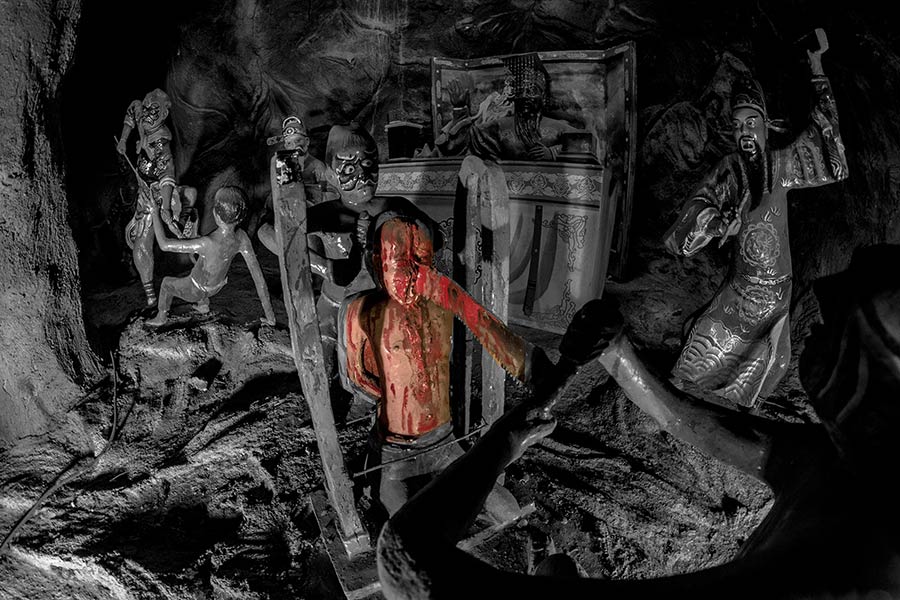 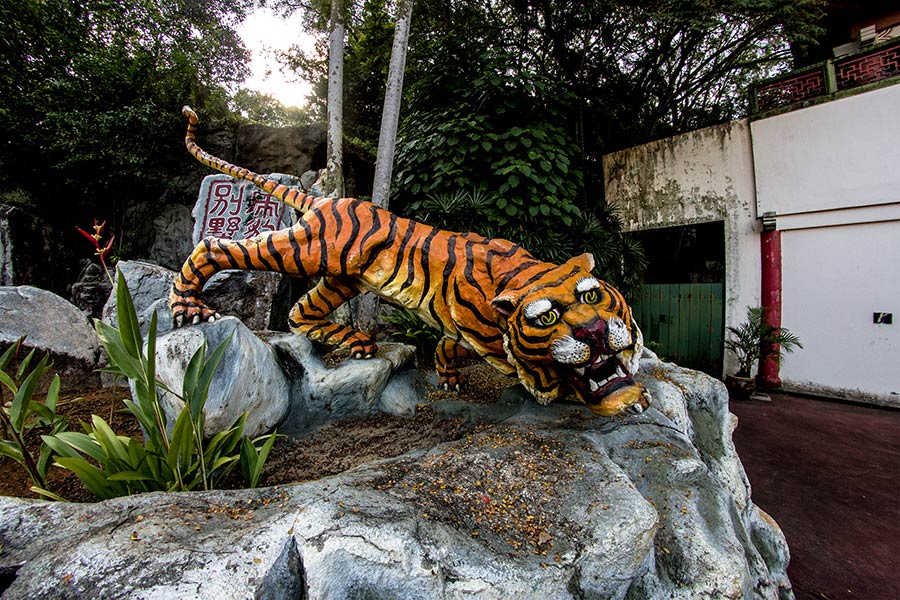 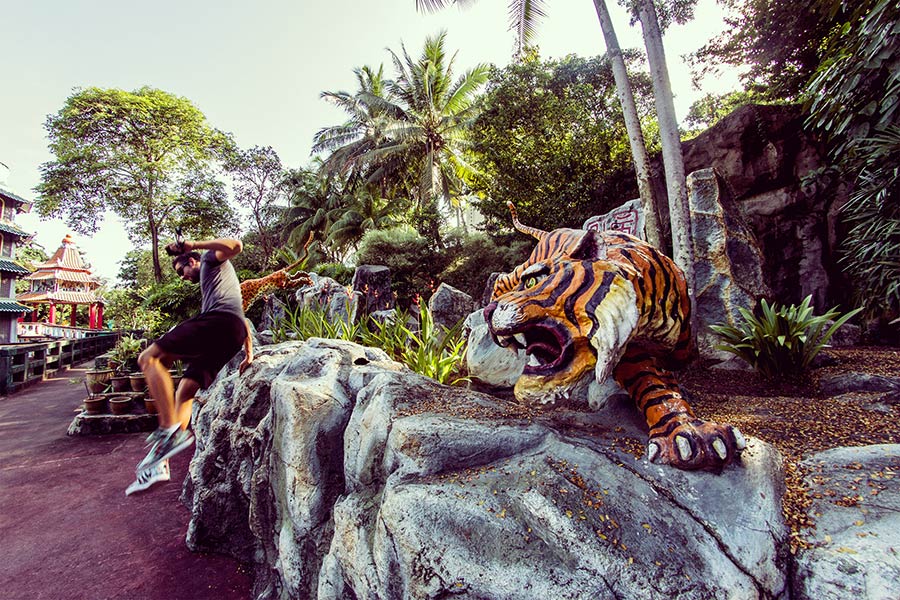 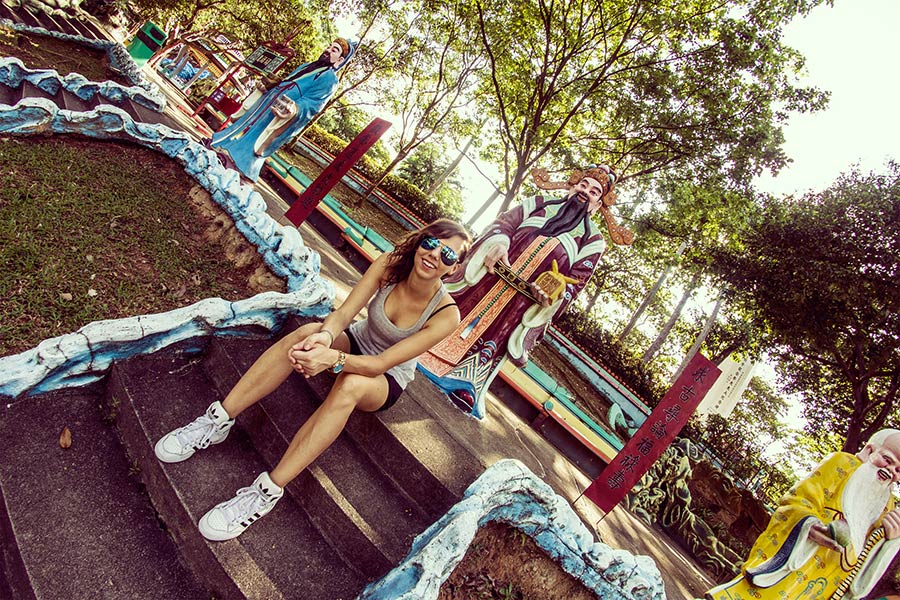 Overall, Singapore feels more European than Asian. English is the first language here, which makes the communication and logistics very easy and it has a strong English colonial influence in the architecture and infrastructure. The ‘Garden City’ generally appears to be a perfect spot to live with the cleanest streets and the friendliest people and zero crime. The only downside are the extremely high prices of anything that’s meant to be fun, including cars, alcohol, cigarettes, hotels and luxury goods! 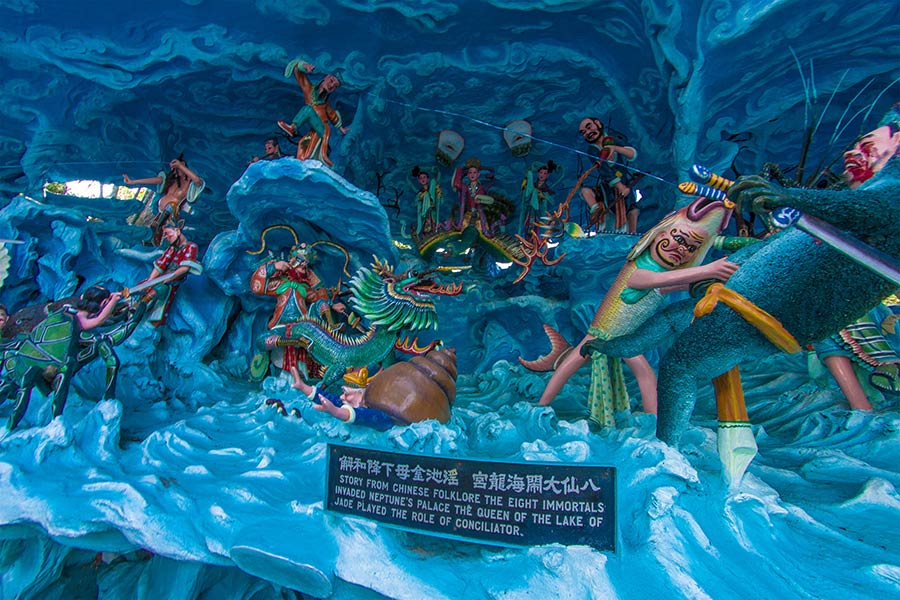 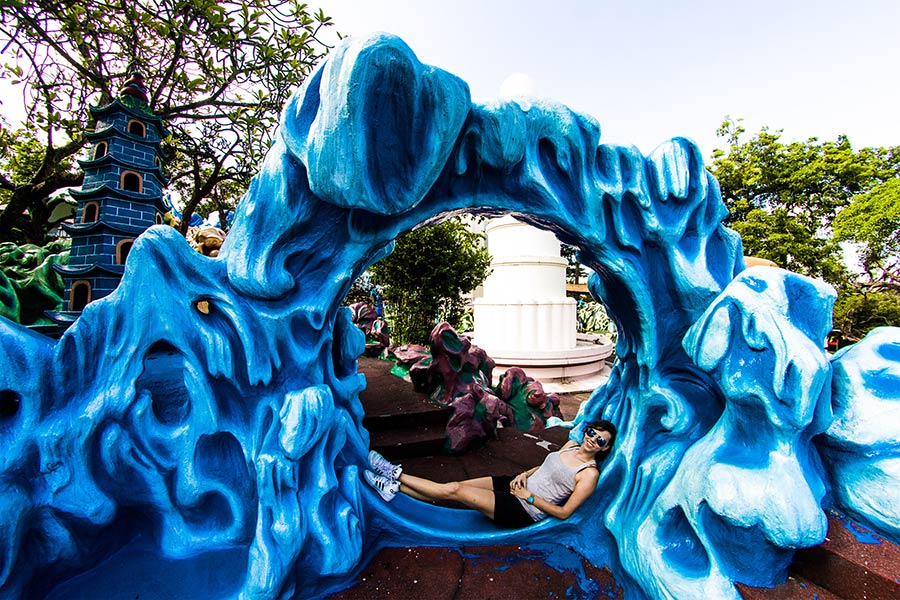 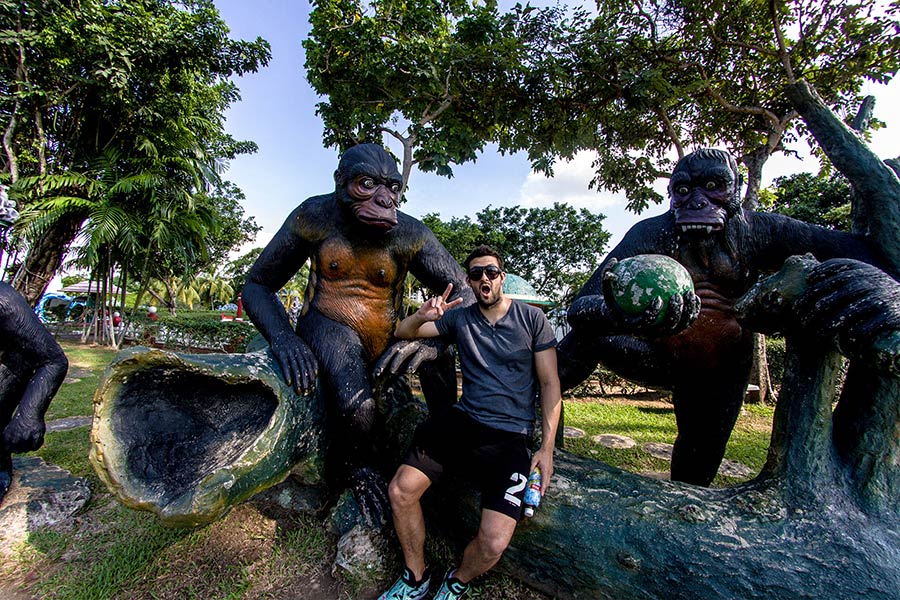