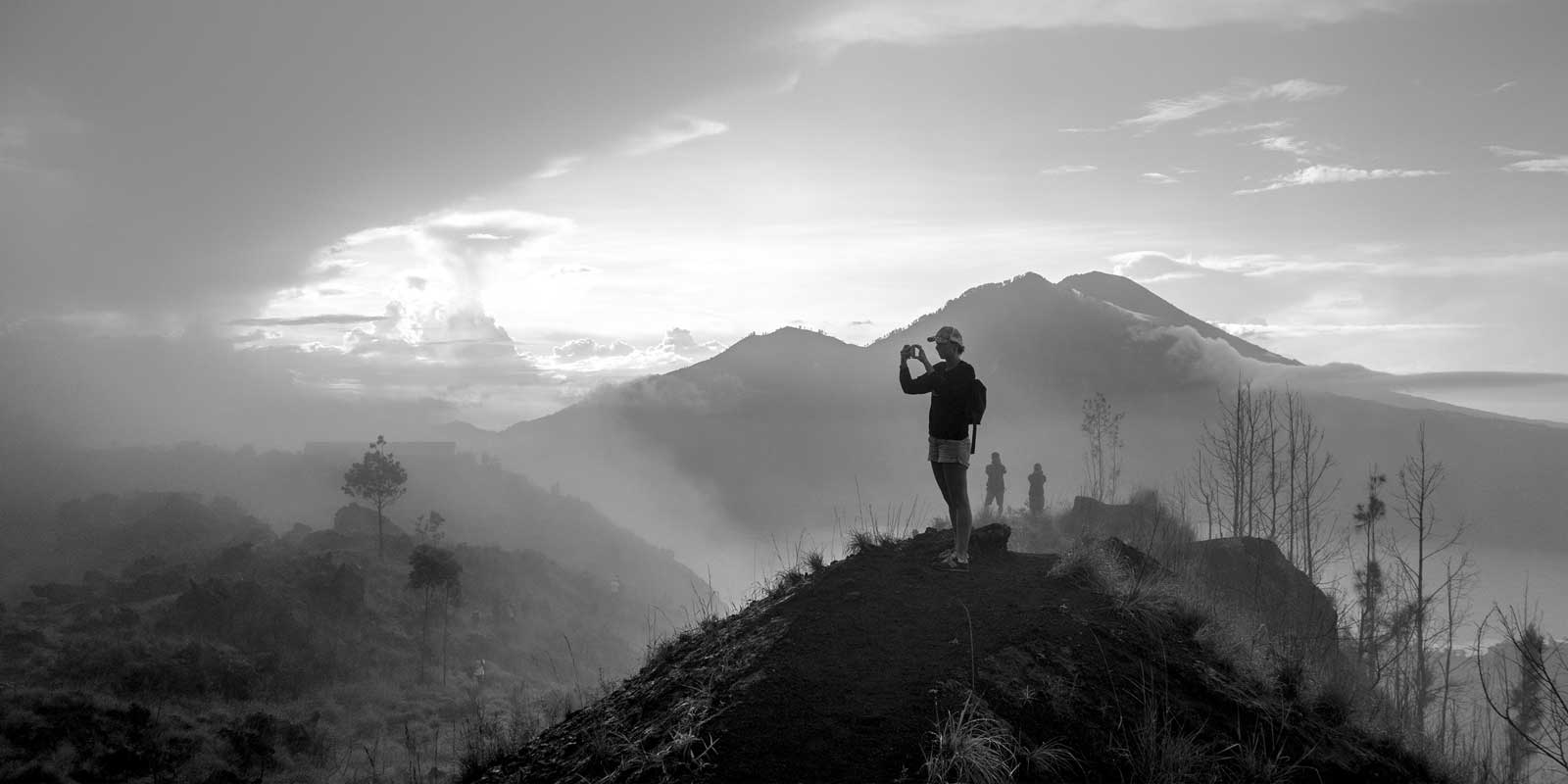 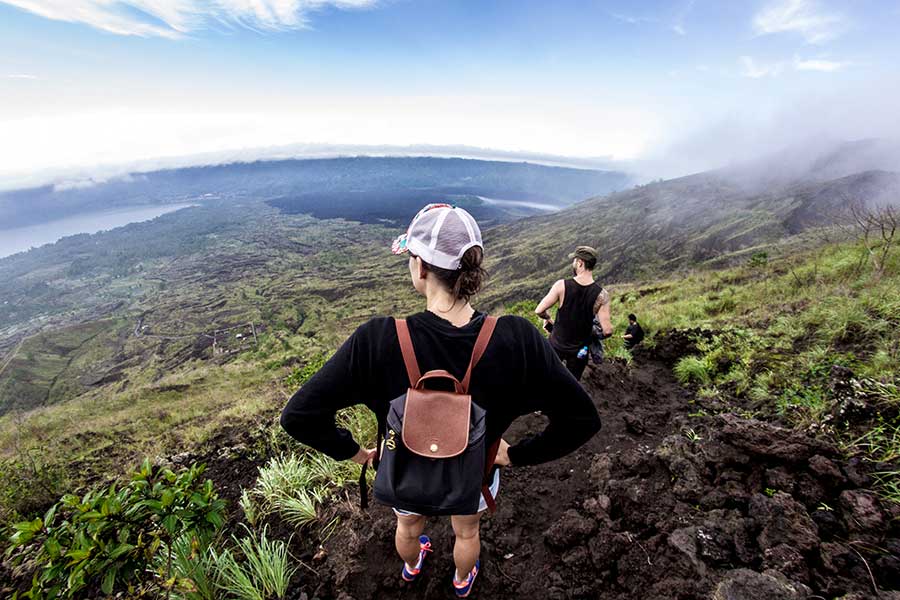 After 3 months travel back in Sean’s home in Australia it was time for more adventures. Moving back to our European base we made a short pit-stop in Bali, Indonesia, to see some friends from the Ministry of Villas team and join them on a hike up the famous Mount Batur Volcano; the highly active volcano which last erupted in 2000.

The Mount Batur Volcano Sunrise Trek has an early start! As we were staying in Seminyak, the bus picked up our team around 1am (it’s a 3-hour drive to the foothills of Mt Batur Volcano) in order to arrive at the top in time for the first light. We met our local guides at the carpark at the base of the mountain and with a small torch in hand, enthusiastically begun our trek up. The first hour of walking seems easy and flat; only a slight incline and a wide pathway suitable for the small Indonesian motorbikes that occasionally whip up there to the tiny shanty huts that the locals live in. We start our trek in complete darkness, it’s only 3.30am as the path slowly becomes steeper; at this point, with the low visibility we are completely unaware just how steep this path is about to get. 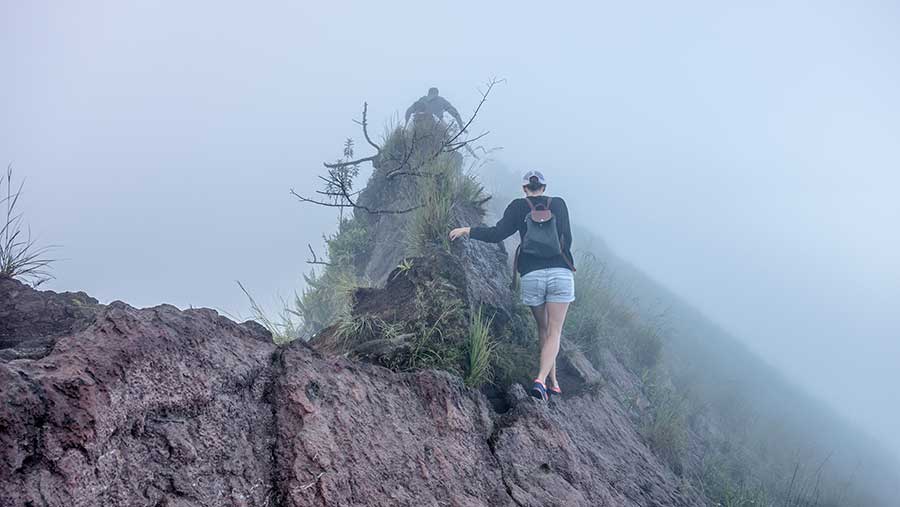 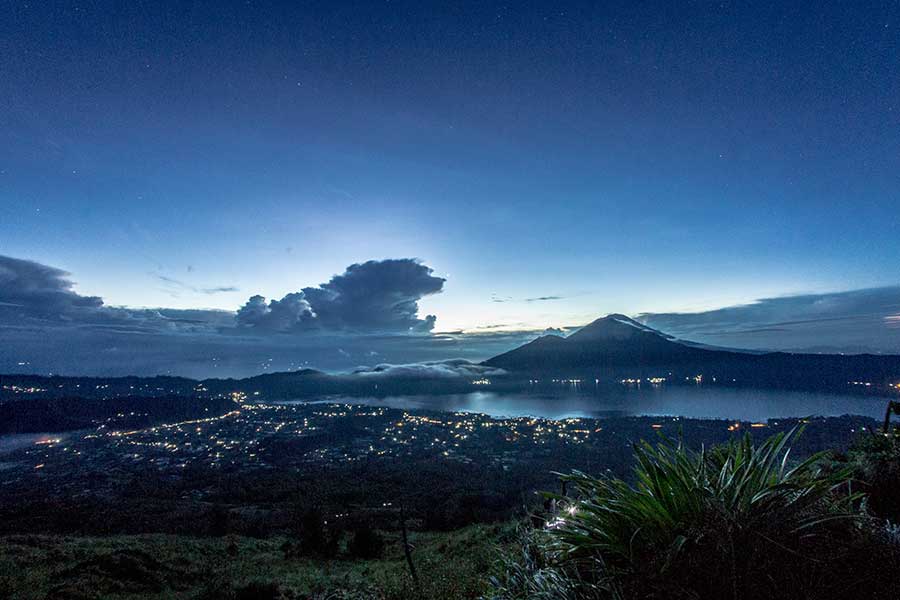 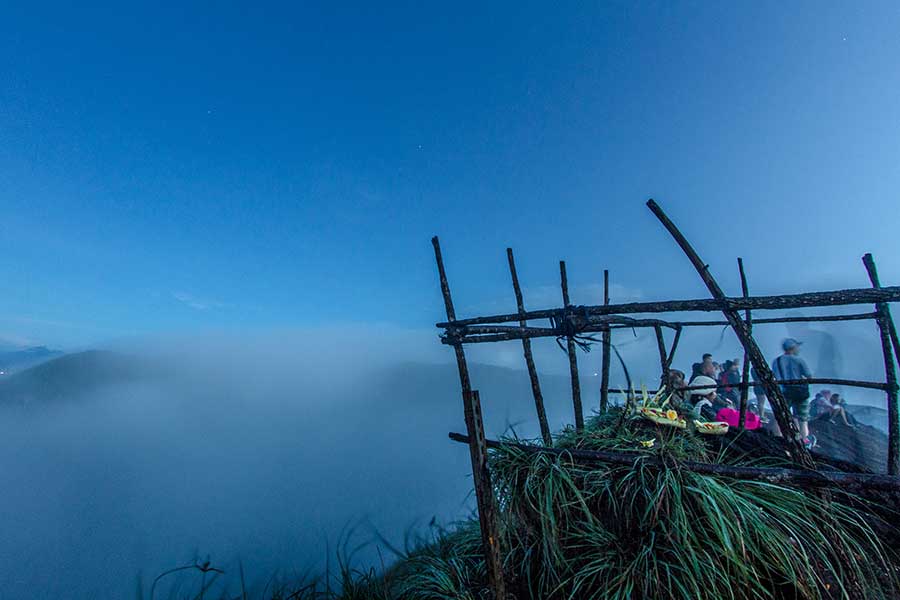 About 1.5 hours in to the trek we make a stop at a clearing surrounded by an old concrete fence as our guide waits for the rest of our team to all catch up. Until this point the path had been relatively easy and we could walk 2-3 abreast on the wide path. After a short water break (or a bottle of coke from one of the local kids who trek the mountain each day to sell drinks to tourists) we start the next section. As we were one of the earliest groups to begin the trek, there is only a couple of torch lights in the distance up above us, but looking down we can see a steady stream of hundreds of torch lights, as the tourists ascend on the mountain. At this point our guide let’s us know that the next section will be quite difficult.

“Sketchy” would have been a better way to put it! The next hour up the mountain is a single-file dog track with loose dirt, loose stones, and razor sharp, volcanic rock. Remember that it’s pitch black, and our cheap tiny torches barely light up a 15cm circle on the ground in front of you. After an intense labour to make it to the top, probably an hour of harsh and intense trekking – only half of our team ended up actually committing to the summit – we had finally made it; with about 45 minutes to spare before the sunrise, eagerly anticipating the incredible views. 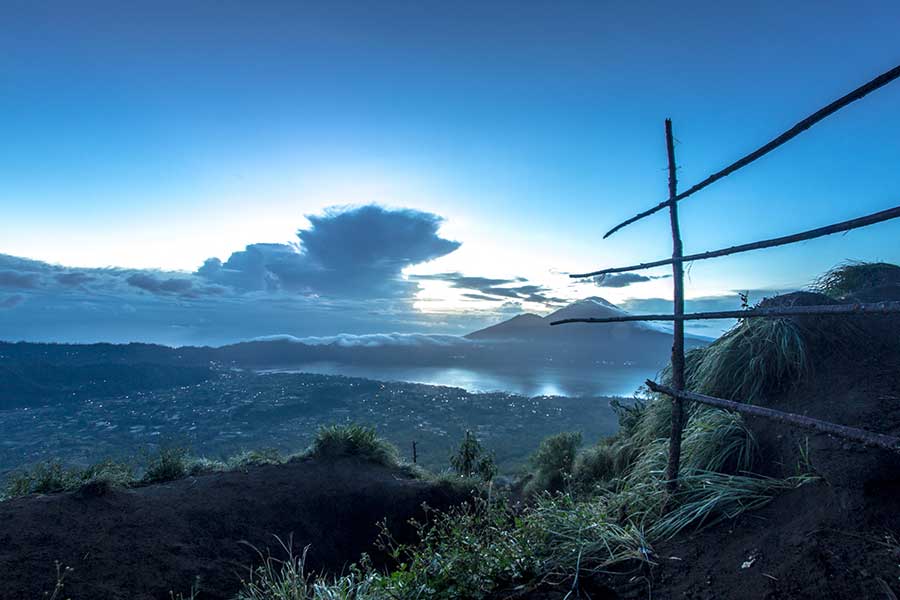 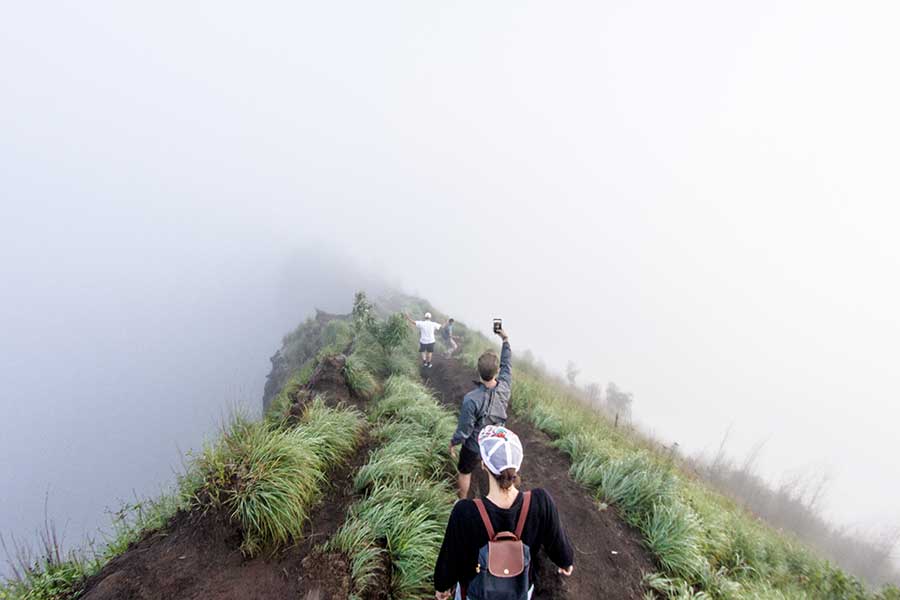 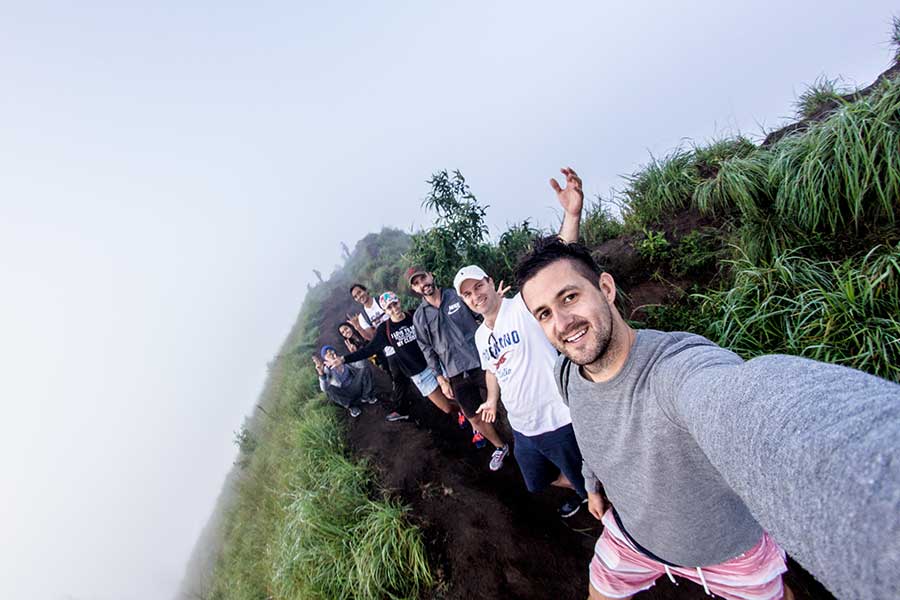 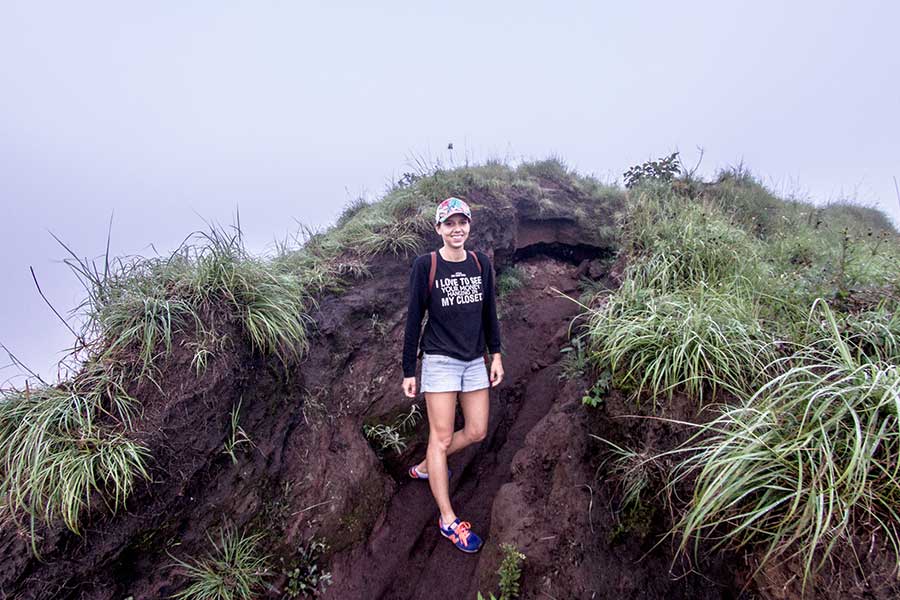 Those views didn’t disappoint! Unfortunately for us there was a lot of cloud cover to make it perfect for photos, but as the weather blows over Bali pretty quickly, a few gaps in the clouds allowed us to see the beautiful expanse of Bali below us. Thinking this was the end and we could head back home for breakfast, our guide asked if any of us would dare to do an extra trek around the rim of the volcano. This particular trek is really dangerous but if you venture, it’s well worth it!

We weren’t really aware just how dangerous this trail was as the thick cloud cover around us hid the 300m sheer drops on either side. Some sections of the trail were only 30cm wide which most would probably crawl across if they could see how far the drop was – we actually stopped to take selfies and only discovered just how precarious these sections really were later when we safely down! 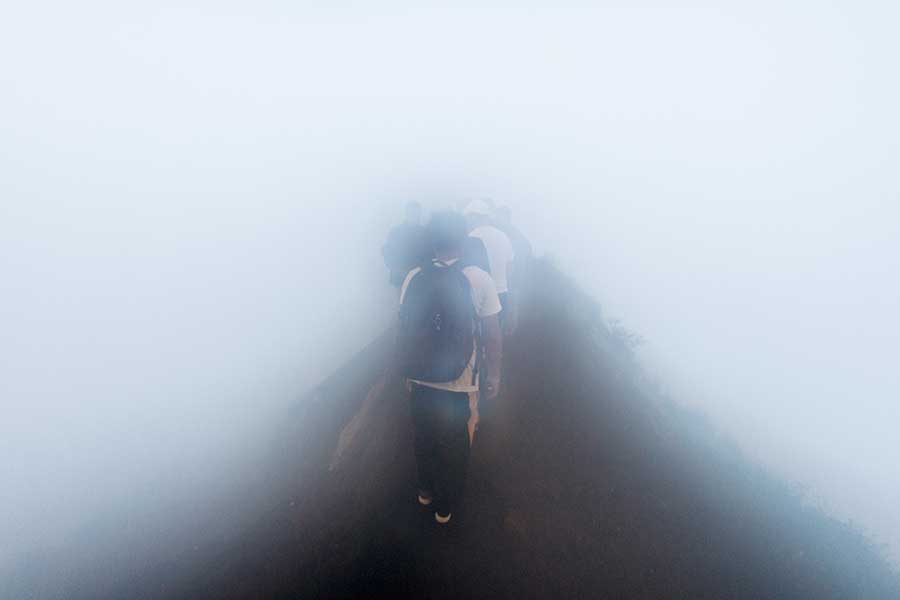 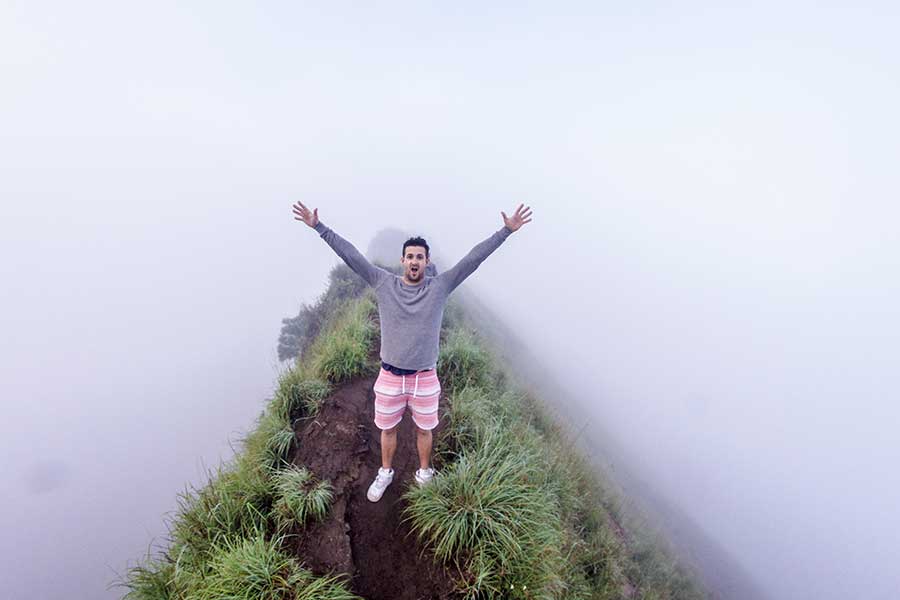 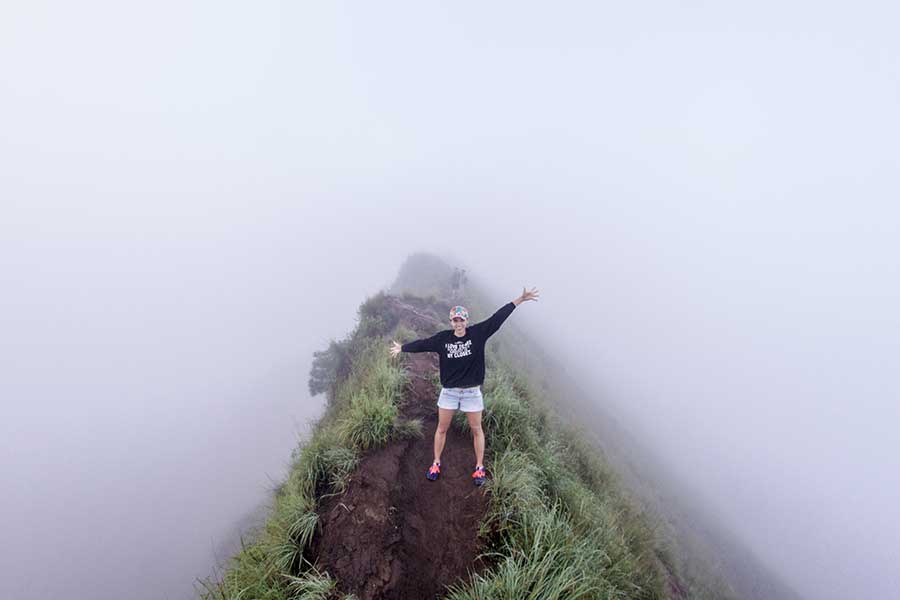 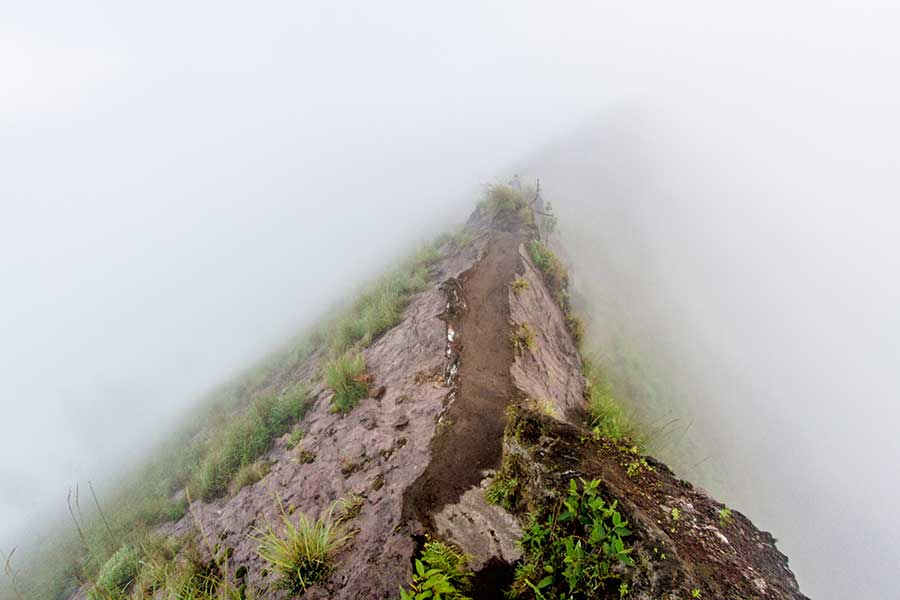 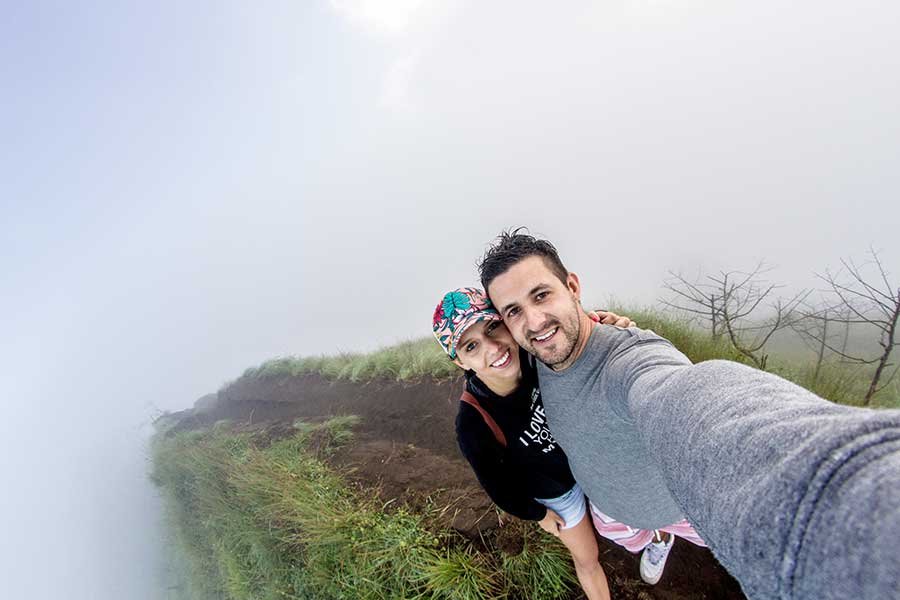 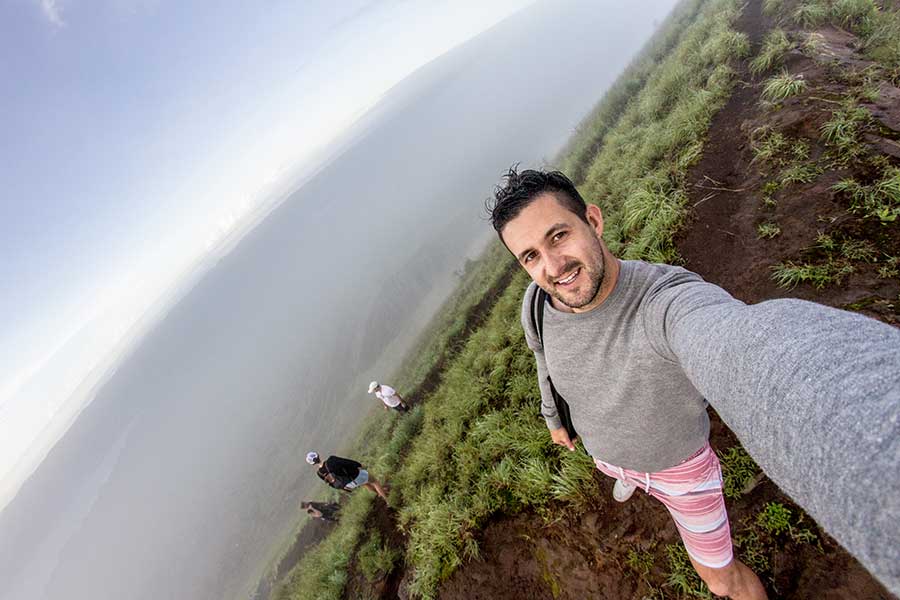 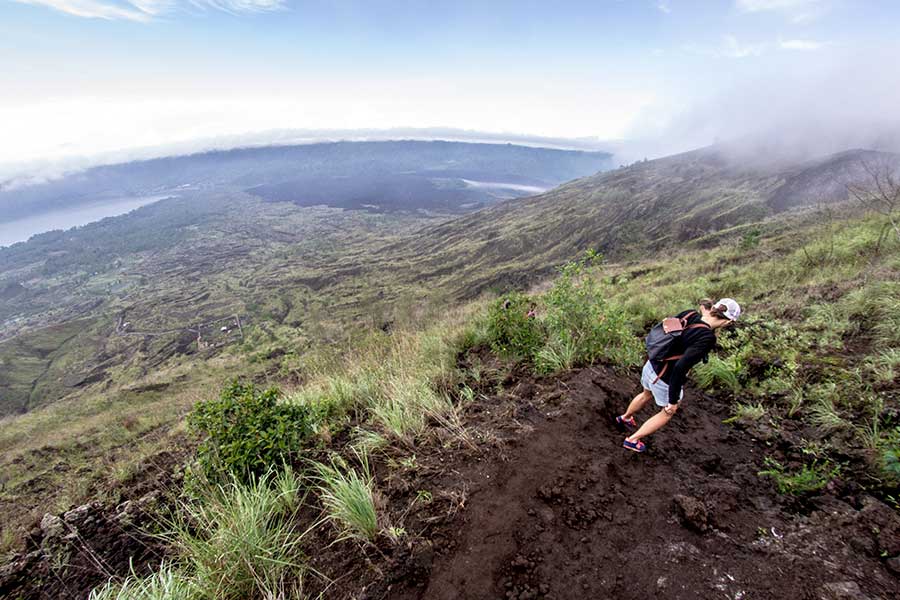 5 Incredible New Zealand Hiking Trails You Should Totally Do

Tried to make a cute pregnancy video, ended up with this movie about the Polish weather